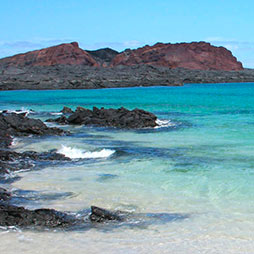 The Galapagos treasure One of the younger islands, Isabela Island was formed by the joining of six shield volcanoes — from north to south — Ecuador, Wolf, Darwin, Alcedo, Sierra Negra, and Cerro Azul. All of the volcanoes except Ecuador are still active, but not directly dangerous to humans. Eruptions have been recorded in the […] 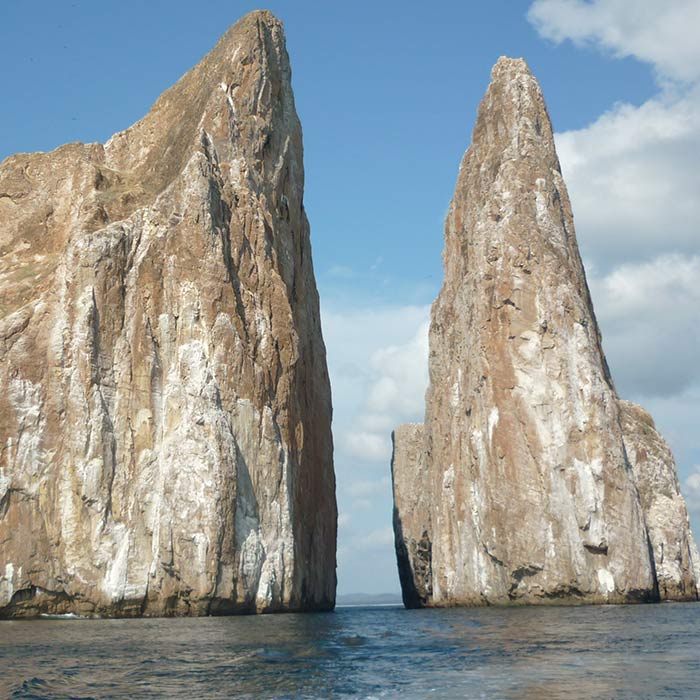 The snorkeling paradise San Cristóbal is the fifth largest island of the Galapagos. It is comprised of four fused volcanoes, all extinct. It is home to many government offices, an Ecuadorian Navy facility, and an airport. There are approximately 5,400 residents, making it home to the second largest human population in Galapagos, after Santa Cruz. […]

The land of contrasts Bartolome is probably the most visited and most photographed island. Visitors have access to two sites: one that involves a hike to an incredible viewpoint and the other at the beach where snorkeling and swimming is enjoyed. Bartolomé Island was named after Sir Bartholomew James Sulivan, Charles Darwin’s who served as […] 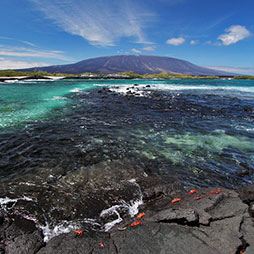 The land of endemic wildlife Fernandina Island first appeared in 1684. Its Spanish name, Fernandina, was given to honor King Fernando of Spain, who sponsored Christopher Columbus’ trip. The island is most famous for its continuing series of volcanic eruptions who have been witnessed by its early visitors. The most famous of these is the […] 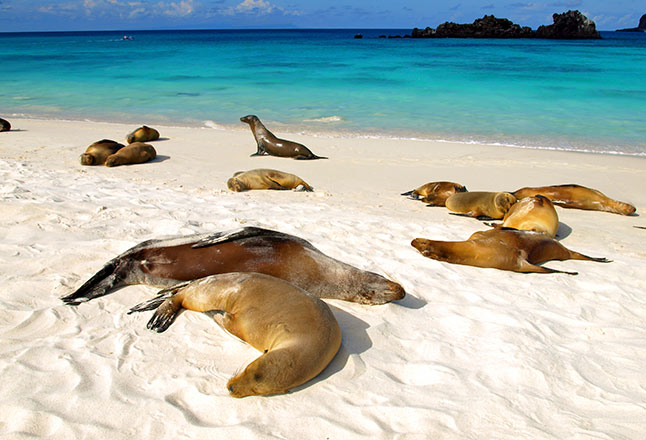 The land of albatrosses Large amount of endemic species inhabite the island such as: the Española mockingbird, the Española lava lizard, and the waved albatross, to name a few make the island one of the most specials. The Española giant tortoise species was rescued from extinction and is now one of Galapagos’ greatest conservation success […] 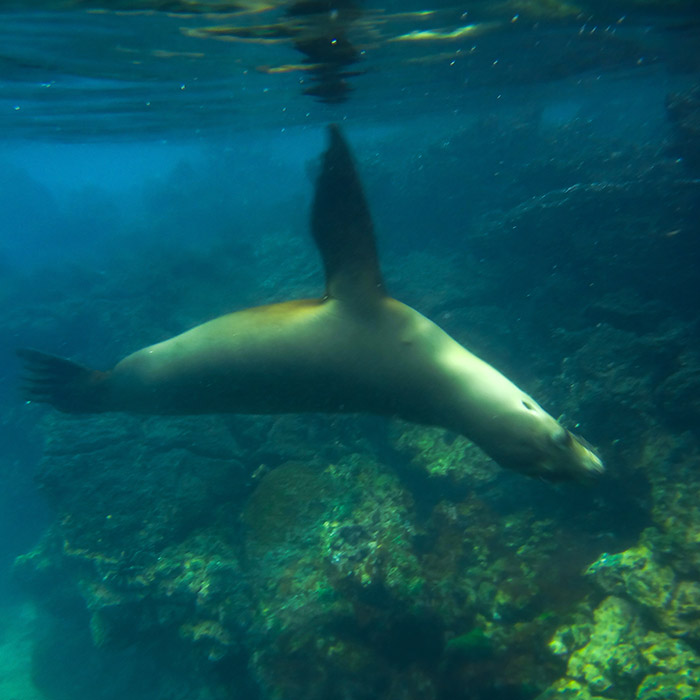 The island of the lava paths Santiago, originally named after England’s King James II, was the second visited island by Charles Darwin. Santiago is visited by the majority of tourist boats with wonderful visitor sites at James Bay and Sullivan Bay on the southeast. Puerto Egas at James Bay provides one of the best opportunities […] 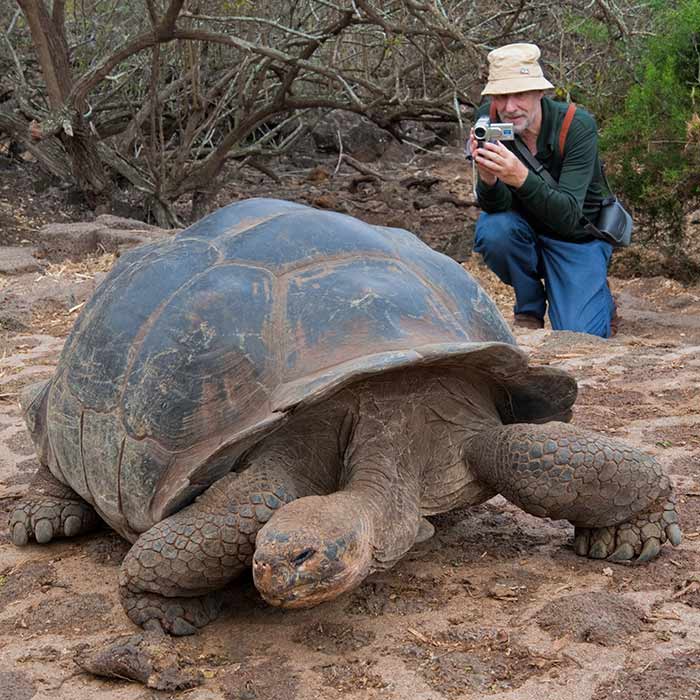 The giant tortoises land Santa Cruz or ‘Holy Cross’ is one of the 16 islands located in the centre of the archipelago. The island’s history reflects the human impact from the 20th century that Santa Cruz has observed. Its wildlife has attracted many settlers along history such as germans and americans during WWl & WWll. […]