The land of contrasts

Bartolome is probably the most visited and most photographed island. Visitors have access to two sites: one that involves a hike to an incredible viewpoint and the other at the beach where snorkeling and swimming is enjoyed.

Bartolomé Island was named after Sir Bartholomew James Sulivan, Charles Darwin’s who served as principal surveyor and second-lieutenant aboard the HMS Beagle. Bartolomé is home to a distinctive and recognizable site of the archipelago: Pinnacle Rock, a volcanic cone formed when magma was expelled from an underwater volcano; the sea cooled the hot lava, which then exploded, only to come together and form this huge rock made up of many thin layers of basalt. Visitors to Bartolomé may recognize the island and Pinnacle Rock from the 2003 blockbuster movie “Master and Commander.” 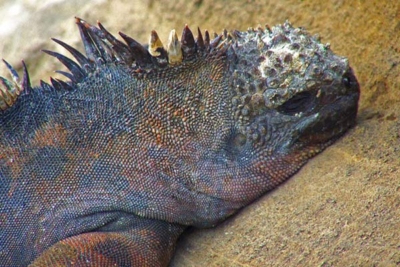 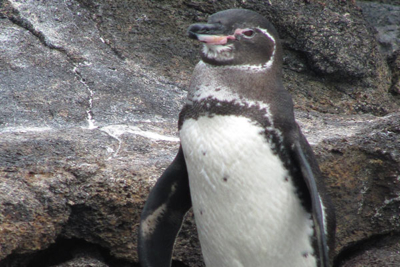 The Galapagos Penguins, the second smallest penguin species in the world, have established a small breeding colony in a cave behind Pinnacle Rock. However, the most recent cause of concern came in July 2008 when a Plasmodium parasite species was found among the penguins. For safety reasons, the penguin population in Bartolomé will be monitored to ensure their health and survival.

Visitors land across the small bay and they hike a 600-m trail to the 114-m summit along a wooden staircase. The summit provides spectacular views of Pinnacle Rock, the immense black lava flows at Sullivan Bay and the rest of Santiago Island, and Daphne Major and Minor. Along the way, various volcanic formations including spatter and tuff cones and lava flows are seen. The climb also gives the visitor a unique insight into species adaptation such as the tequila plant.

Visitors land on the beach adjacent to Pinnacle Rock. Swimming is allowed on one of the smaller Green Sea Turtle nesting beaches in the archipelago (nesting season is from January to March). Colorful fish, sea lions and Galapagos Penguins, as well as swim and snorkel around Pinnacle Rock can be seen while swimming. A short trail through the vegetation leads the visitor to the southern beach (no swimming allowed), where stingrays, Spotted Eagle Rays and Black-tipped Sharks can be seen. White-tipped Sharks are present close to shore at both beaches.