The article shows these destinations in a global view or divided according to the region of origin classified between Africa, Australia, The USA, Canada, the Americas, and Asia. Considered as one of most bio-diverse countries in the world, the article highlights the Galapagos Islands, and over 1600 species of birds, as well as 4000 kinds of orchids, which for the last years this particular flower has become a luxury in the decoration among elite housewives, as well as householders.

Additionally, the country has become a pioneer in rescuing the famous Condor of the Andes, which is the insignia bird in the Nation´s seal. The Condors are taken into account as the biggest bird on the planet, and thanks to the policies implemented in Ecuador’s new constitution, the wildlife, and the ecosystem are playing an important role in the country´s social awareness in order to preserve their existence in a friendly and peaceful surrounding, as well as being protected by the law through a strict environmental enforcement. As a matter of fact, Ecuador has registered one of the biggest shelter for reproducing and reintroduced these exotic birds into the forest.

In accordance to the report, one-fifth of the country´s wildlife has been protected, thus the value of ecological preservation welcomes many biologist, and researchers to explore, and learn much from the wonderful outcomes of this eco- laboratory called Ecuador, along its diverse natural regions.

Although for some people in the political spectrum is still hard to understand the President and his social democratic vision, along his mercurial behavior in setting up goals for social development, there is no doubt that on his administration, the President has rescued projects that were ignored or even abandoned for centuries such as Ecuador´s train. The forgotten train, which its construction was considered as one of the most difficult railroads to built in the world, has a complex past in its origin.

The railroad´s infrastructure was affected constantly by floods, storms, and landslides that in more than one occasion delayed the project, along with the weak and scarce workforce. In addition, the builders were subjected to plagues, pestilence, and snakebites so as to finish the job.

The railroad project was assured by former President Eloy Alfaro in 1895 by the signature of the Harmann contract with the hope to smooth the commerce and communications between the highlands and the coast of the country, particularly between the cities of Quito and Guayaquil. 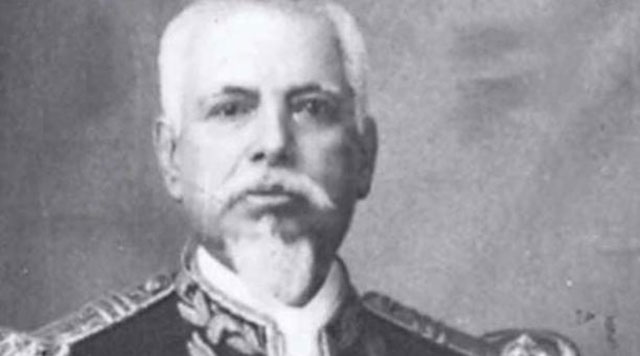 President Alfaro was a task oriented leader, and therefore he was determined to modernize his country. Alfaro persevered with his American contractors the tenacious Hartman brothers in order to the achieve the railroad trails. Finally, the railroad was available in 1908.

Prior the existence of the railroad, and due to the geographical difficulty to move between Guayaquil and Quito, and even though they were under the same country sovereignty, the cities were distanced from each other, and without development for trade at all.

Back in the days, there were not appropriate routes, the only way of delivering goods from one city to the other was through the use of mules, which were the most efficient means of transportation that could go through rough and rocky trails in the Andes mountains. The situation to accomplish business relationships for the merchants of the two cities was risky and complex. At times the delivery of products from one place to another could take easily more than 4 weeks, without guarantees to make it to the final destination as expected.

For the city of Guayaquil, as the main harbor, was cheaper to import some goods from countries such as Chile or the USA instead of trying to buy the same ones from Quito. It was cheaper and faster for Guayaquil business men buying and import, for instance potatoes, from elsewhere without the risk of getting spoiled goods.

Ironically, albeit former President Alfaro knew the benefits and progress that the railroad would bring for a more compact integration between Ecuador´s regions, his project was not fully considered as a step of progress, as it must has been recognized by the citizens.

Until most recently, the recovering of the railroad trails under current President Rafael Correa has brought that joy and hope from the past of traveling with the train among small communities, reinforcing Eloy Alfaro´s old dream.

Former President Eloy Alfaro pursued his dream to connect the Ecuadorian Territory as a whole, however President Correa impulsed this dream to a higher level by connecting Ecuador with the universe through the refurbished railroad as one of the main tourist attraction in the Nation.

The railroad is known nowadays as the “Tren Crucero” or Cruise Train. It goes through the Andes region passing by volcanoes, settlements, and even breeder ranches. Additionally, the Tren Crucero crosses around a length called “Nariz del diablo” or evil’s nose, which main characteristic is to go through a spiral trail until you get into the coast region where the bustling city of Guayaquil is located. 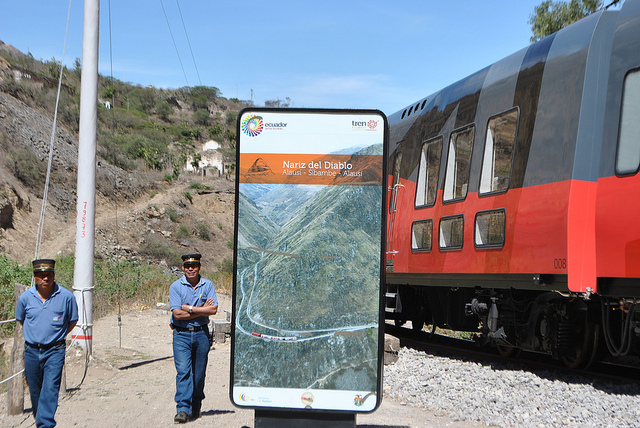 There are different schedules available in the train´s trails. Some of its trails include a day trip to the Cotopaxi National Park.

The trail called Avenue of the volcanoes, which is one of the most popular among visitors will last one day. Its availability is from Thursdays to Sundays departing from the train station called Eloy Alfaro located in Chimbacalle at the south side of the city. In this trail, the visitor can appreciate some of the volcanoes that spread along the avenue such as the Cotopaxi. The volcanoes avenue was named by the German scientist Alexander von Humboldt by the time he came to South America in order to study its geography and wildlife of the region.

The train as mentioned before, has become one of the new assets that without a doubt, this time would pay off all the effort, and sacrifice that was input in its creation more than a century ago. This iconic service is helping even more to the Ecuadorian economy by the great revenues generated by the tourist industry, as well as the integration Nationwide for a better future.