For those visitors who are planning to stop by at the Ecuadorian capital and UNESCO first World Cultural Heritage Sites, Quito tours offer a variety of options for every different taste. The organization “Quito Eterno” has been focused for more than 12 years in theater, arts and urban traditions, as part of the intangible heritage of the city. Along with this cultural approach, the organization has developed interesting tourism services for local and international visitors along the iconic buildings located in Old town, that makes travelling to Quito not only a filler activity but a rich and worthy experience.

The main goal of this organization is to keep alive, as well as educate the general public through theatrical performances about old traditions and habits that were common on colonial times.

Quito Eterno offers legendary routes that will make you discover from a different perspective, the history and cultural value of Quito and its people. Among them, the route of Urban Legends will take visitors to a fantasyland through their mythic characters available during the educational walk through the cultural heritage perceived in old town.

In the Urban Legends route, visitors will be surrounded and guided by actors or actresses that dress costumes from colonial times and perform along the route, the oral presentation through anecdotes, beliefs, and behaviors from the past. Usually the characters represent different social classes that were influenced by both politic and religious powers.

Each of these characters will share their origins and their current social situation with a bit of myth and gossips about the site visited. The itinerary of Urban Legends will start in Plaza Grande, where the presidential palace and the cathedral as the main temple of the city, are located in this central square.

From then and there, visitors walk to the first Ecuadorian Central Bank, where the sculptures from the national bird “The Condor” decorate the walls of this historic site. Afterwards, this theatrical city tour, will take you to the majestic Plaza San Francisco, where the San Francisco cathedral is located in front of a big plaza that used to be a cemetery many centuries ago.

At San Francisco you will get to know the popular myth of Cantuna, who was the person in charge of the construction of the cathedral. According to the urban myth, the cathedral is not complete on its construction, because it´s still missing a stone on its structure due to an underground agreement. 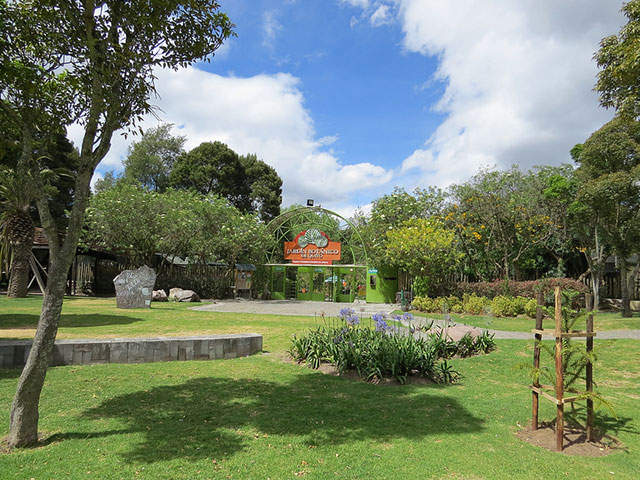 The route ends in a nearby museum, where you will learn about the Pre-Colombian culture of some of the tribes that inhabited Ecuadorian territory, as well as traditions that were common until half of the 20th century such as the famous chichera, a woman, who used to sell in a stone pot a traditional fermentable drink called chicha.

Every little detail and activity is taken into account to make you the concept of ‘Travel Quito’ always unforgettable and memorable.

Among other routes available for tourists and visitors there are the following:

Besides these services, Quito Eterno offers tailor-made routes, and social events in exclusive locations in Old town such as monasteries, convents, and private colonial houses, where the average visitor does not have access at all.

Keep in mind on your next trip that the mixture between historical education, entertainment and tourism could be an ideal option to visit our famous old town.

LATIN TRAILS is willing to book for you these routes, and even arrange a tailor-made route with the purpose to grasp the magical feeling from Quito and its colonial past.