Discover the marvels of the Northern and Central Islands in just five days on board our luxury yacht. The unique beauty and diversity of El Barranco and Darwin Bay at Genovesa Island, the amazing landscapes and wildlife at Bartolome and incredible snorkeling opportunities to unveil the magic of the Marine Reserve. 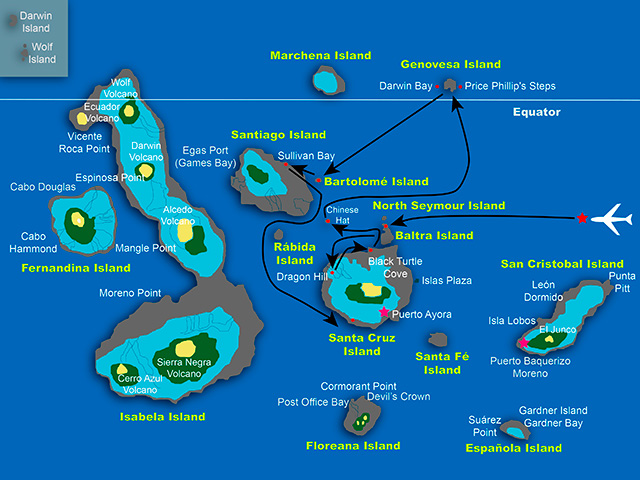