During this 4-days journey, you will visit stunning places that summarize the best of the archipelago. Distance is not an issue when the reward is to see an spectacular place such as Genovesa. Enjoy the wildlife activity of the island and unique viewpoints of unbelievable beauty. 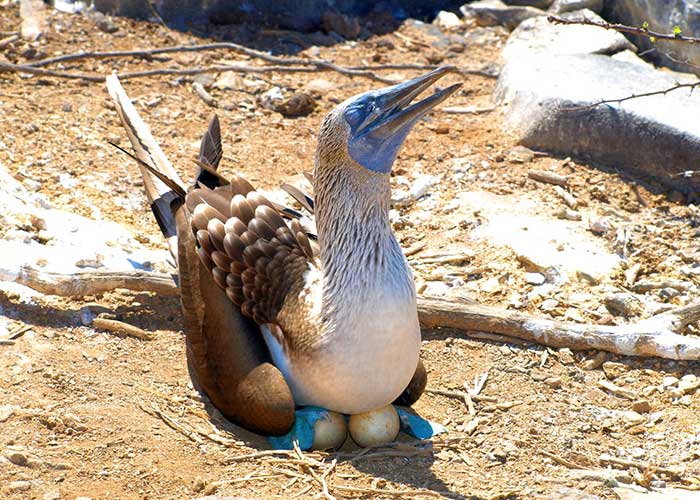 This day you will ­y from Quito, Ecuador to the Galapagos. Due to the Galapagos Government, a fee of 20 USD must be paid for the migration control card. Afterwards, you will enjoy a 4 hour f­ight, with a quick stop at Guayaquil.

Later on our guide will pick visitors and will carry the luggage to the bus from the port that transports the passengers to the Catamaran Seaman Journey on a motorized boat called panga.

North Seymour is an uplifted (as opposed to volcanic) island. Therefore, it is generally ­at and strewn with boulders. There are good nesting sites here for a large population of magni‑cent frigate birds. Blue-footed boobies perform their courtship dance in the more open areas and swallow-tailed gulls perch on the cli edges.

Despite the tremendous surf that can pound the outer shore, sea lions haul out onto the beach and can be found bodysur‑ng.

Transfer to San Cristobal airport
Flight to Quito or Guayaquil