The Andes and the Avenue of the Volcanoes tour surrounds beautiful cities guarded by the most impressive and scenic volcanoes in the world. On this tour you will get to know beautiful places and also the customs of the people who live in these wonderful cities.

After arriving at the airport, our helpful guide will meet you, plus he will serve as a translator, and assist with the private transfer to your hotel.

Situated in a circle of Andean peaks, Quito is the world’s second-highest capital, with arguably one of the finest settings in the world. Originally settled by the Quitu tribe in the first millennium, Quito was an important part of the Inca Empire, before being destroyed and re-founded by the Spanish conquistador Sebastián de Benalcázar in 1534.

The colonial center – declared a World Heritage Site by UNESCO in 1978 – is one of the largest and best-preserved in Latin America. It is home to excellent museums, churches, and art galleries. Overnight. 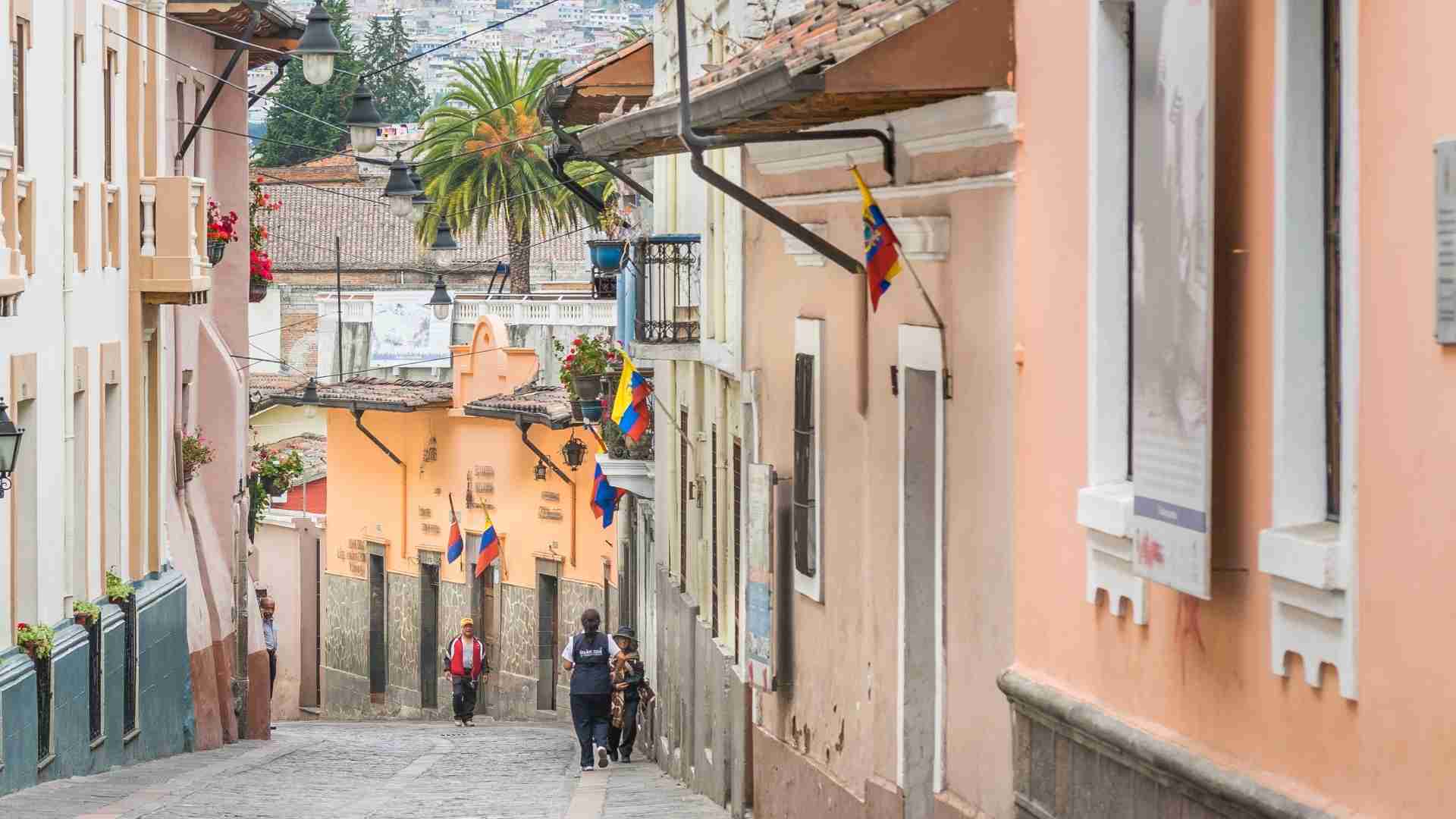 The middle of the world, latitud 0 0′ 0” : Early in the morning and right after breakfast, you and our local guide start the travel tour at the downtown area, well known as Quito Colonial. You start your journey along the “churches´ trail” by visiting first the cathedral. In the cathedral, you learn about its history and the guide explains the internal design of the cathedral such as the “mudejar´s” influence on its first stage, the area with 3 longitudinal wings, and a small transversal wing behind the choir.

After finishing the round in the cathedral, we have a short walk to the church La Compania along with the guide’s expertise. The guide will enlighten you with history and fun facts of every place, in this case La Compania. Its decoration is based on muslin features and the altars are covered by gold leaf along with faces and birds carved. It is considered as an architectonic jewel in the American baroque style. It also has a religious value, because the rest of Saint Marianita of Jesus is located there, and according to some, she was the protector of the city.

Afterwards, we visit San Francisco, which is famous for the Cantuña story. San Francisco is well known due to its legends and stories, which make the place culturally wealthy. At the San Francisco church, there is a local hand craft store called Tianguez, where you can find a variety of items from the Ecuadorian culture. Here, you can buy postcards, books, Ecuadorian music, natural products, and even get a coffee with Humitas (which is sweet corn tamale) offered at the local Café Cantuña located at the Plaza San Francisco.

Around midday, you head to “Mitad del Mundo”, a monument at the equator line that passes through our country.

You may choose to either visit the Ethnographic or the Inti Ñan Museums, both located near the monument. Along the way, we will stop for a traditional Ecuadorian lunch (optional and not included).

After the tour, you will return to your hotel.

This morning you leave to Otavalo, the famous artesian market town. There, we visit the textile market located at the “Plaza of Ponchos”; this is one of the most famous markets in South America. You can find all kinds of handcrafts, including tapestries made on the Spanish weaving loom as well as the indigenous backstrap loom. Afterwards you enjoy some free time for bargaining and buying of the friendly Otavaleños.

We also visit some craft workshops dedicated to the manufacture of Andean instruments such as crawlers, panpipes, flutes, recorders, among others. They also make string instruments like charango, mandolins, and guitars. These products are sold in stores and during the fair in town.

In the afternoon we continue to Cuicocha. This lagoon is located in the crater of an extinct volcano. Afterwards you will head back to your hotel.

After enjoying an early breakfast, the tour will depart Quito heading south through the famous “Avenue of the Volcanoes.” Almost midday we will arrive in the National Park, which is located 60 km away from the city of Quito.

The Cotopaxi Volcano is one of the most important landmarks in Ecuador because it is the highest active volcano in the world. Lush endemic flora and fauna of the area can be observed, including: one of the most representative species is the Chuquiragua (also known as the mountaineer’s flower) wild horses, deers, llamas, and more.

Whilst in the National Park you can also visit Limpiopungo Lake, located near Rumiñahui volcano (149.96 meters), or go hiking to observe the birds.

Lunch will be optional before we head toward the village of Riobamba, which is located at the foot of the Chimborazo Mountain. 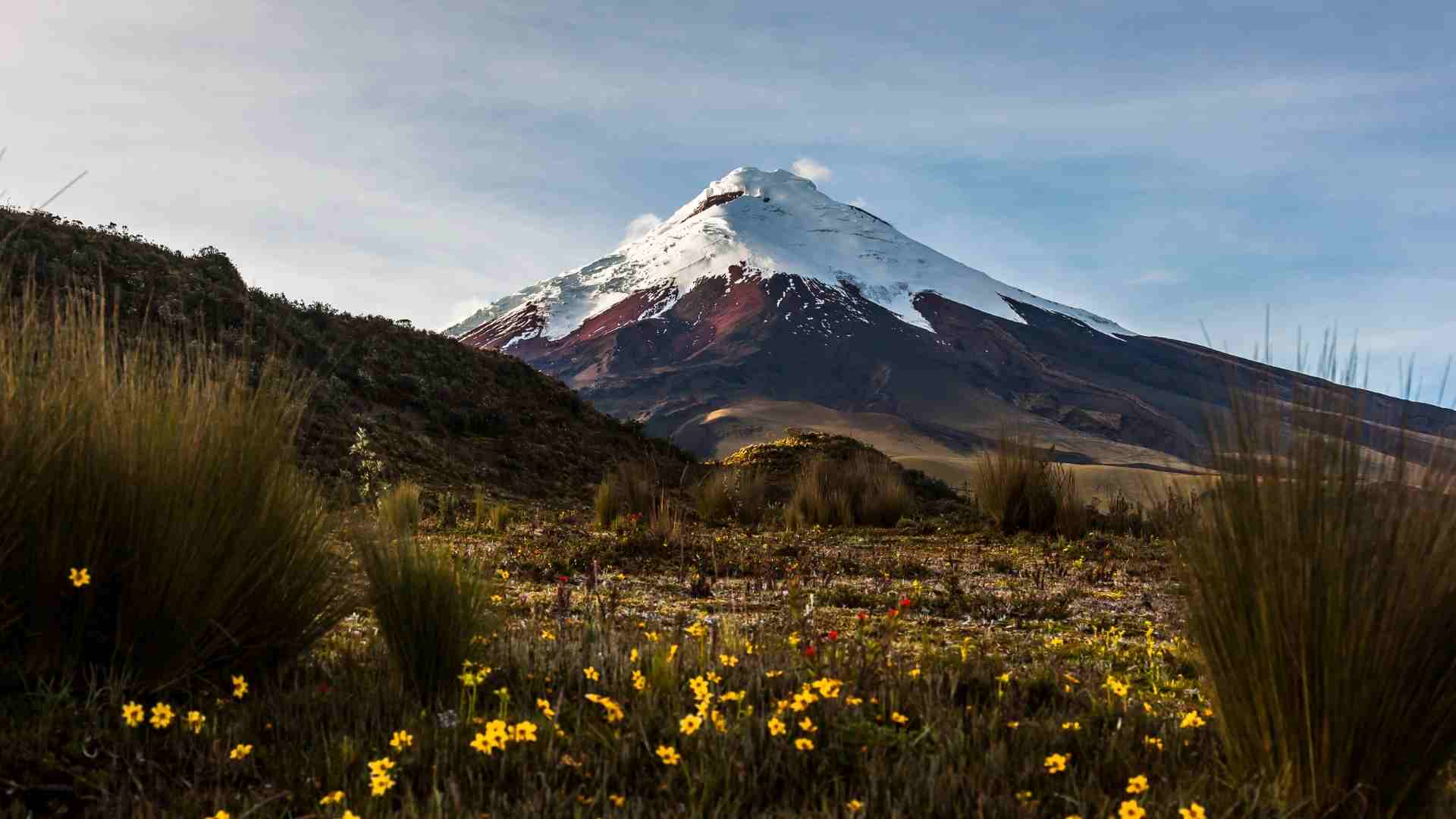 On this day, first, you will visit Guamote. This is a little mountain village in central Ecuador, about an hour south of Riobamba. The majority of the village is indigenous, and Kichwa is still one of the main languages spoken by its inhabitants. Here tradition still plays an important role in the everyday life of its inhabitants who are proud of their heritage. One of those traditions is the Market people being dressed in colorful and traditional clothes. The first part of the market is meant for large animals. Here you will see sheep, cows, bulls, and pigs. The second part of the market is dedicated to the selling of small animals such as chicken, guinea pigs, rabbits, and little pigs. It is fun to see the people arguing and comparing their animals to each other in order to agree on a price.

After this visit, you will continue on the Panamerican Highway and you will visit Ingapirca. These ruins are the most important architectural legacy of the Incas in Ecuador, dating back to the 15th century they are a significant part of Ecuador’s pre-hispanic legacy. They are located in the province of Cañar, about an hour and 45 minutes from Cuenca.

You will be taken on a guided tour of the ruins, which is believed to be both a religious and administrative center, as well as a fortress. The vast archeological complex includes a roofless fortification, courtyards, terraces, temples, houses, and a ¨castle¨ possibly the Temple of the Sun. A museum is now open at the site, with both archeological and ethnographic displays. There are also exhibitions of ceramics and jewelry.

Finally, you will be leaving Ingapirca heading toward the historical city of Cuenca when you will spend the night. 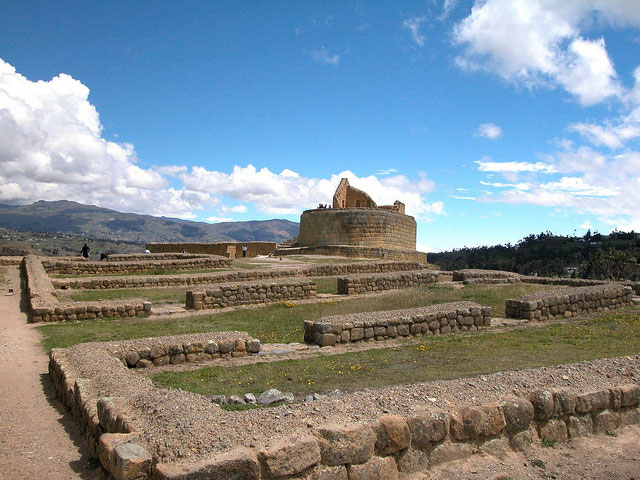 Today after breakfast we will enjoy a city tour of Cuenca. Cuenca is Ecuador’s third largest city; yet it still retains its pleasant provincial air. Its red tiled roofs, cobblestone streets, flowery plazas and museums make it very special and the city is considered by many the most beautiful in all of Ecuador.

Today we will enjoy a full day city tour to discover, at a leisurely pace, the beauty and charm for which Cuenca has been recognized as a World Cultural Heritage Site. This is a walking tour in the colonial downtown area of Cuenca, you will have the opportunity to enjoy the warmth and hospitality of its people, the colourful parks and plazas, religious monuments and handcraft shops, plus an explanation of Cuenca’s history.

In the afternoon, visit a workshop where Panama straw hats of the best quality are made and then drive up to the hill of Turi to admire the city. 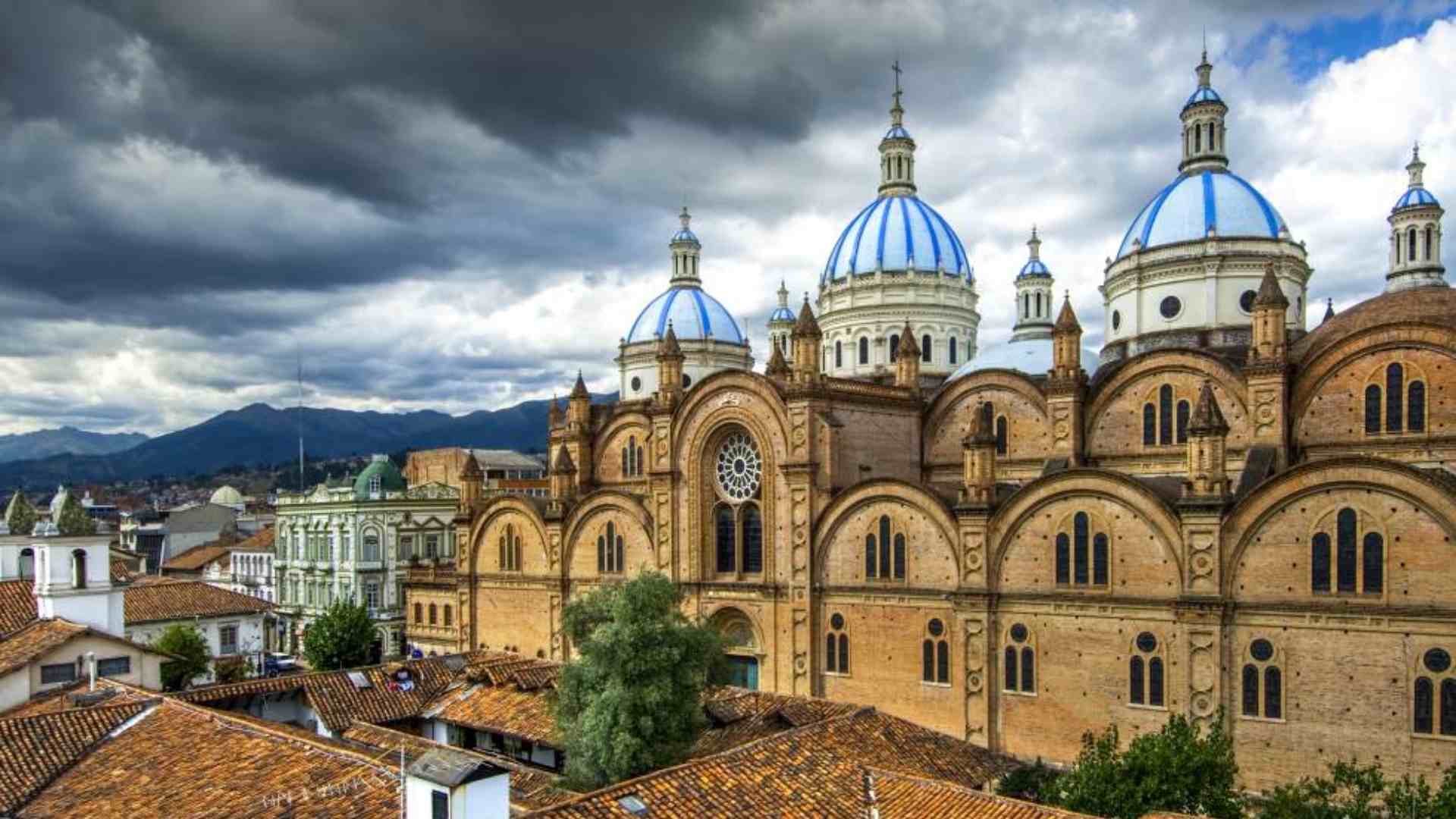 Just after breakfast, the tour will depart, heading northwest towards Cajas National Park. After a short drive we will arrive at Cajas National Park where we will be able to take part in different activities such as hiking, fishing, bird-watching, viewing flora and fauna, and more. We can visit the Interpretation Center placed in La Toreadora Lake (the biggest and the most important in the whole complex). Here we will see pictures and presentations of the park.

In the afternoon we will make the journey to Guayaquil. On the road we will find mountain scenery and a delightful change of vegetation as we encounter the glorious Ecuadorian coastline. 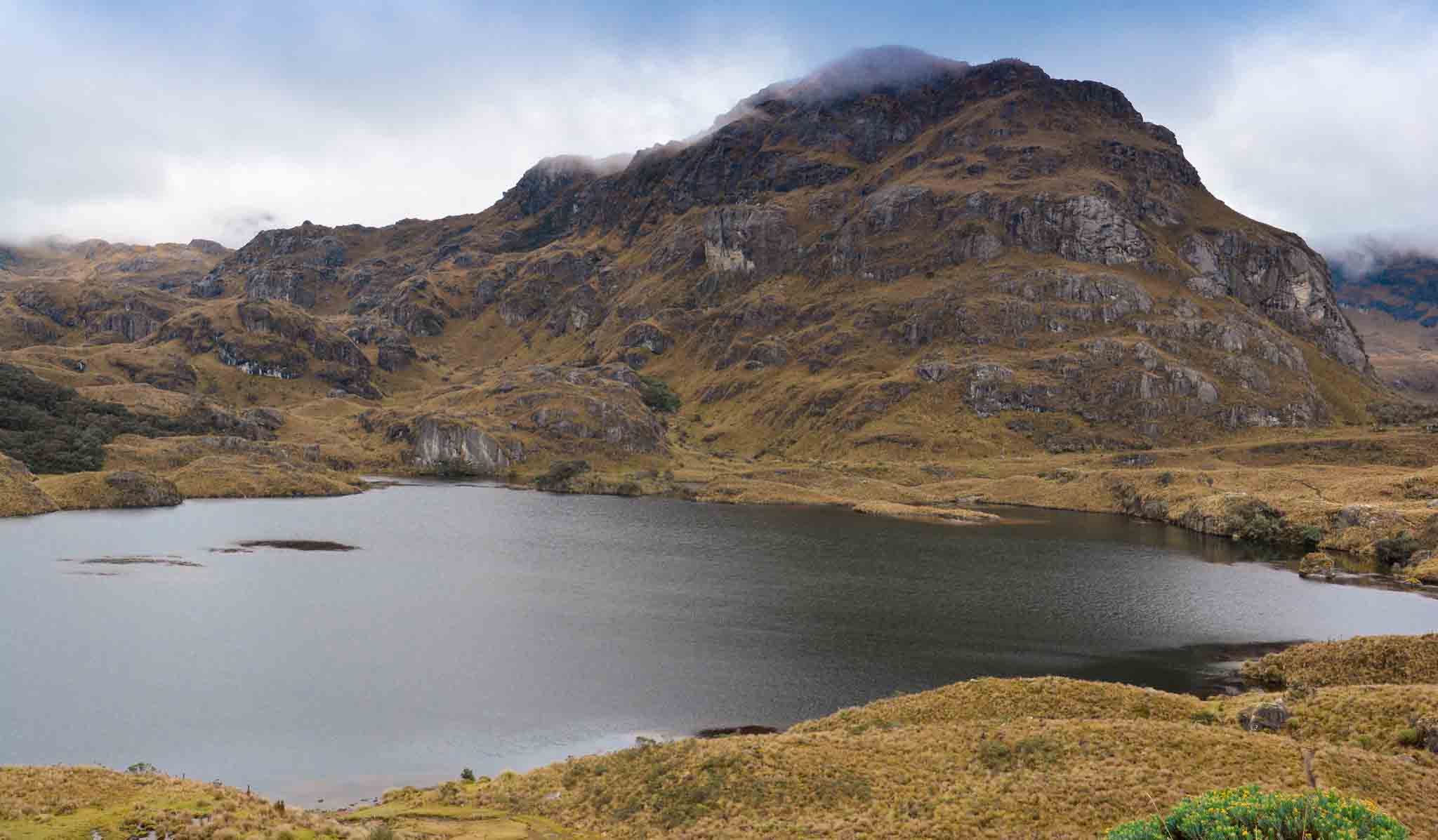 Today after breakfast your guide will take you on a full day tour of the city of Guayaquil, Ecuador’s largest city. The city tour in Guayaquil consists of various panoramic visits and walks through the city. Our first stop will be the Administration Plaza, around which you will observe the City Hall, the Monument Sucre and finally the Seminario Park, also known as Iguana Park.

We will walk on toward the Rotonda Monument where the statues of Simon Bolivar and San Martin can be found. We will then proceed to visit the rest of the Malecon 2000, with its many restaurants and recreation places for children. Optionally you can visit the garden area of the Malecon where you will be able to see lots of tropical plants such as: Teca, Guaba, Mango, helechos, bromelias, ficus, almendra…

After the visit to the Malecón, we will go to the Peñas neighborhood.This is the oldest part of the city in which you will have the opportunity to climb to the Cerro Santa Ana where you will have wonderful views of Guayaquil and the river Guayas.

Finally we will end our tour at Guayaquil’s historical park located in Canton Samborondón, only 30 minutes away from the city. It is one of the biggest parks in the country and here you get the opportunity to learn more about the culture, history and tradition of the city.

There are three main parts to the park: the Traditions Zone, the Wildlife Zone and the Urban Architectural Zone, each covering approximately eight hectares.

The Wildlife Zone gives you the chance to see many different types of animals and learn more about the flora and fauna of the area.

The Traditions Zone demonstrates the native rural architecture of the Montubio (native people) as well as labor instruments, clothing, house hold items and other daily life objects of the countryside community.

On this day, you will be transfered to the Guayaquil International Airport for your international flight. 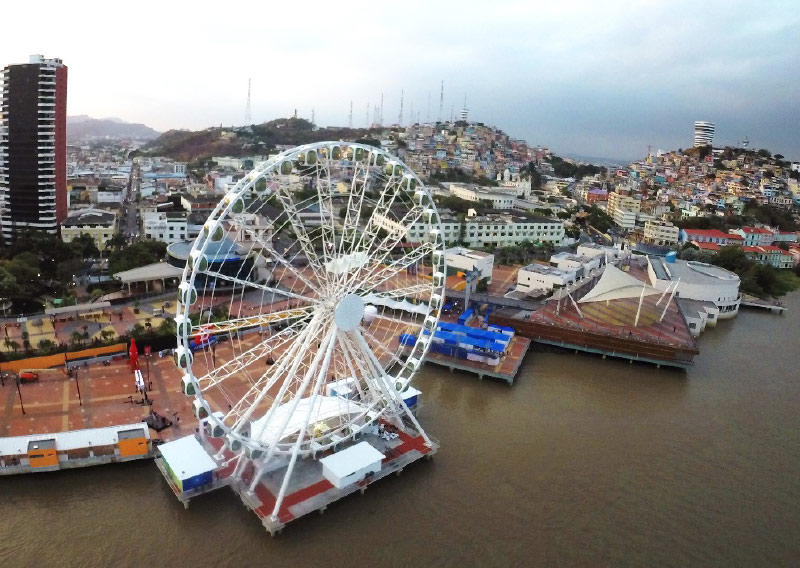 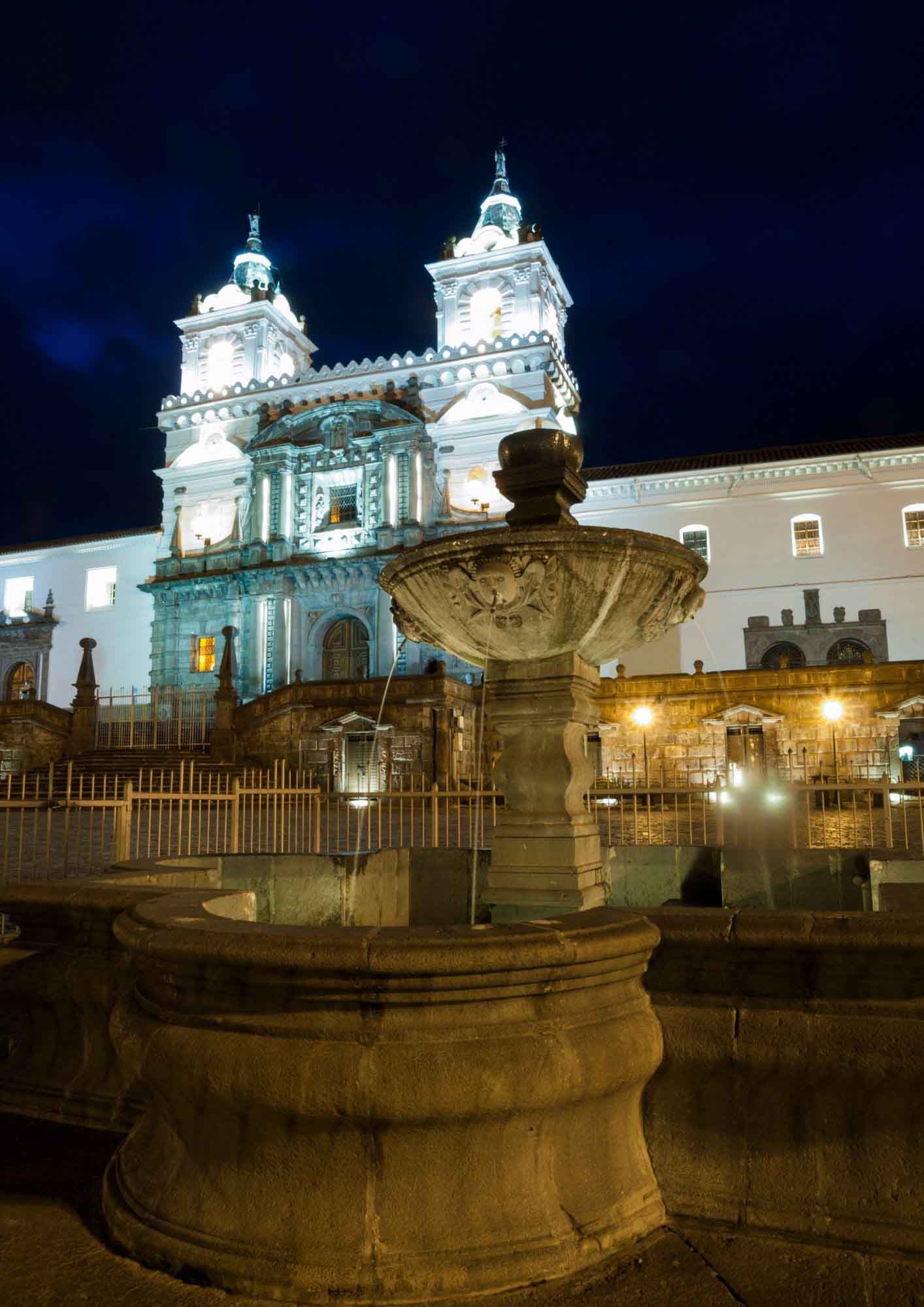