The Galapagos is a MUST visit destination. Here, the animals have a close contact with the visitors; they won’t attack you due to they have enough food to eat. You can swim close from sharks, or see sea lions crossing the street. It’s a wonderful experience living in harmony with nature. Seeing their interaction and life live is a truly magnificent experience. 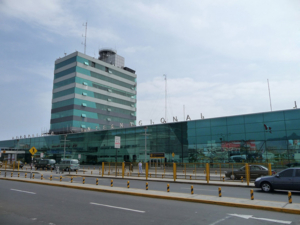 Arrival at Lima’s international airport in the afternoon or night. Meeting with our personnel, transfer and lodging in hotel (private service, English-speaking assistant). 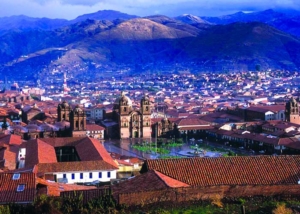 Breakfast in hotel. Transfer to the airport to take the flight to Cusco. Upon arrival, transfer to the hotel. Rest of the day is at leisure. 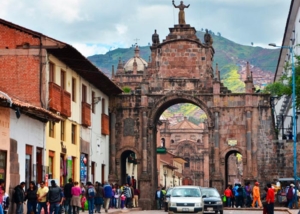 Breakfast in hotel. In the morning, excursion to visit the historical center (fee entrance to the Cathedral and Santo Domingo/Coricancha are included) and the ruins of Sacsayhuaman, Qenqo, Puca Pucara and Tambomachay (private service, English-speaking guide). Afternoon is at leisure. 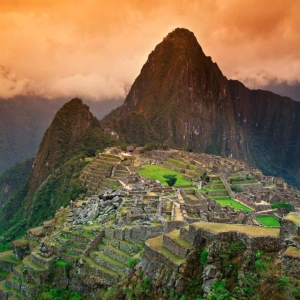 Excursion to visit the Pisaq market and the Ollantaytambo fortress (private service, English-speaking guide). Then, transfer to Ollantaytambo’s station to take the Vistadome train (almost 1.30-hour journey – 1st class, subject to availability) to Machu Picchu town. At the arrival, transfer to the hotel on foot. 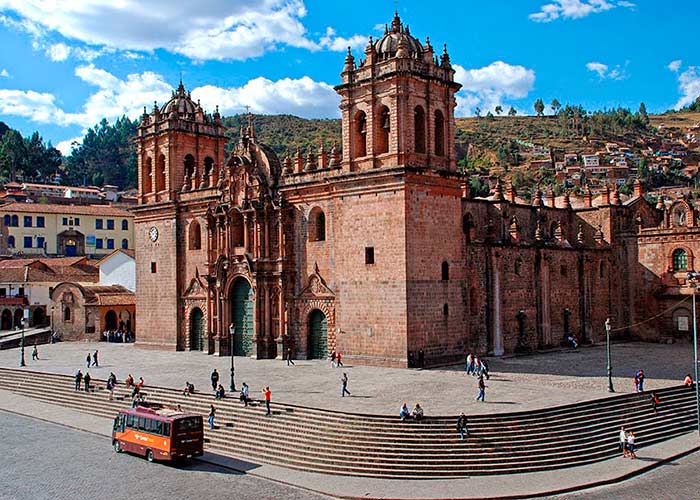 Breakfast in hotel. In the morning, meeting your guide and transfer by public bus to the archaeological complex to visit Machu Picchu (private English-speaking guide only during the visit, almost 2 hours). In the afternoon, transfer to the station on foot to take the Vistadome train to Poroy (almost 3.30-hour journey – 1st class, subject to availability). At Poroy, transfer to Cusco (30m) and lodging in the hotel.

The train ticket, allows clients and their hand luggage (01 bag or backpack) with a weight of no more than 05kg/11lb and with a maximum size of 62 linear inches/157 cm (length + height + width), with the cars intended for this purpose. The main luggage will stay in the hotel of Cusco. 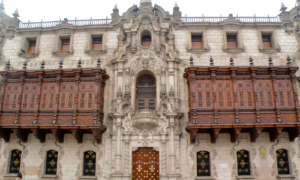 Breakfast in hotel. Transfer to the airport to take the flight to Lima. Upon arrival, transfer to the hotel. Rest of the day is at leisure. 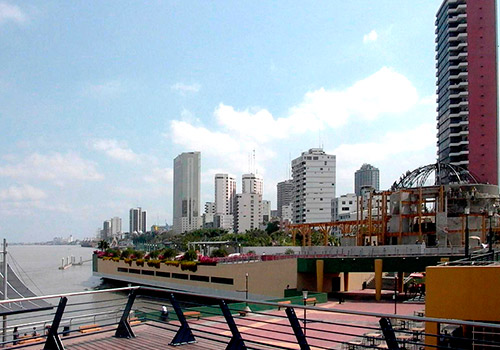 Transfer to the airport at the proper time for departure (passengers are requested to be at the airport 3 hours before international flight).

As soon as you arrive at the airport Jose Joaquin De Olmedo, the guide will be waiting for you at the arrival reception to pick you up and transfer you to the hotel, where you will spend the night before your adventure on the Galapagos Island the next day.

After the check in your guide will take you on a short tour of the city of Guayaquil, Ecuador’s largest city. The city tour in Guayaquil consists of various panoramic visits and walks through the city. Our first stop will be the Administration Plaza, around which you will observe the City Hall, the Monument Sucre and finally the Seminario Park, also known as Iguana Park.

We will walk on toward the Rotonda Monument where the statues of Simon Bolivar and San Martin are found. We will then proceed to visit the rest of the Malecon 2000, with its many restaurants and recreation places for children.

After the visit to the Malecón, we will go to the Peñas neighborhood. This is the oldest part of the city in which you will have the opportunity to climb to the Cerro Santa Ana where you will have wonderful views of Guayaquil and the Guayas River.

After an early breakfast, you will be transfer to Guayaquil airport to take your flight to the Galapagos Islands.

Upon arrival at Baltra Airport, travelers pass through an airport inspection point to insure that no foreign plants or animals are introduced to the islands, as well as to pay the park entrance fee of $100 (unless it has been prepaid). All of this is normal, in order to preserve wildlife and the natural environment. A guide will meet you, help you collect your luggage, and escort you on a short bus ride to the harbor. Here, you will be transferred to your cruise. We own two ships Petrel Catamaran and Seaman Journey; the itinerary you will take, depends on the day you arrive. In this case, we will detail an itinerary of Seaman Journey.

The visitor site at Dragon Hill has been opened for visits in 1993. This site is located on northwestern Santa Cruz Island and consists of a trail that leads to a hyper-saline lagoon behind the beach, frequented by flamingos, pintail ducks and other bird species . This site has been re populated with land iguanas from Seymour, Isabela and Santa Cruz islands. There is a short walk to the Hill, which offers a beautiful view of the bay. 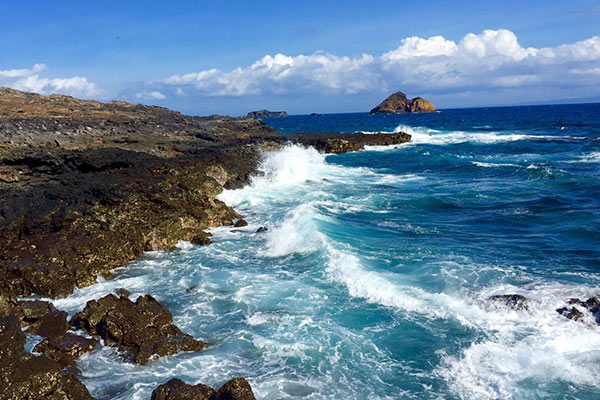 This little cove is located at the northern side of Santa Cruz Island, this is a red mangrove lagoon very calm and quiet which made an ideal place as nursery for many sharks and rays. Its crystal waters permits to observe large groups of white-tip reef, black tipped reef ted just off the southeastern tip of Santiago Island. It is a recent volcanic cone, shaped like a Chinese hat when seen from north side. On the west lava formations are seen, this is why coral heads are found on the lava. This is an excellent visit for interpretation of geological features such as lava tubes and lava flows. The landscape is covered by sea lions colonies, marine iguanas and Galapagos penguins which makes it truly worth it! 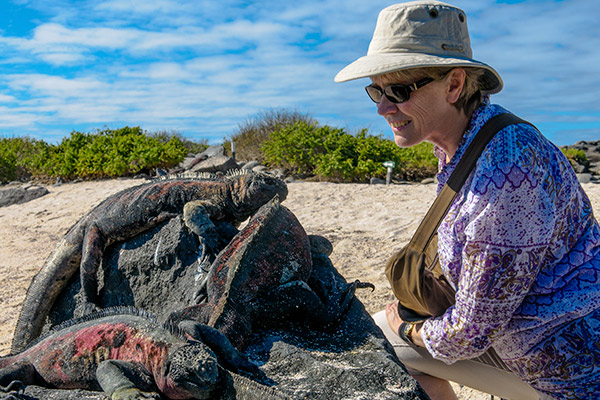 This bay has origin when the crater of this island collapsed below sea level. The wet landing is on a beautiful white coral sandy beach. This is a favorite island for birdwatchers: red footed-booby, masked boobies, wandering tattlers, lava gulls, whimbrels Yellow-crowned, black-crowned and lava herons, with and yellow warblers can be seen in the area. Continuing on the trail, visitors climb gradually to the edge of the cliff seeing Red-Foots nesting in the Mangrove trees below. Bird watching includes sightings of Sharp-Beaked Finches, Large Cactus and Ground Finches, Galapagos Doves and Swallow-Tailed Gulls.  Reaching the end the trail at the cliff’s edge offers an incredible view of the island and the many birds living there.

PM: El Barranco, Genovesa Island: El Barranco is located on the southern part of Darwin Bay and it is also known as Prince Philip’s Steps, passengers will climb to a plateau that is part of the stretch of land that surrounds Darwin Bay on its eastern side. There is a big population of masked boobies and Red-Footed boobies in the tree; Storm petrels and Short-eared Owls have found in Genovesa lava flows the ideal place for nesting.

Then transfer back to Baltra for your flight back home. Upon arrival in Quito your guide will transfer you immediately to your hotel. Afternoon at leisure. 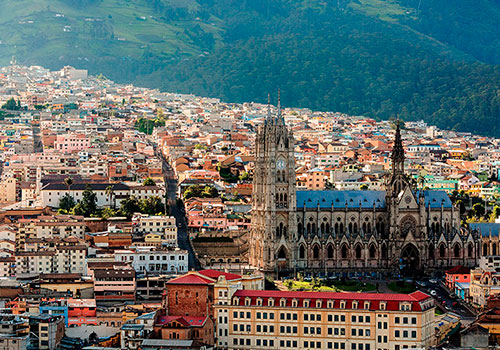 Early in the morning after breakfast, your guide will pick you to explore the bustling streets and squares of the largest historical centre in the Americas, visiting some its most important churches such as the impressive Cathedral, majestic Compañía and iconic San Francisco, guardians of a stunning multi-ethnic artistic and cultural heritage. We begin the tour the quirky Guapulo quarter; take in the Congress building, before heading to the Old Town. We finish the day at the “Panecillo” hillside with its breathtaking views of the old and modern city surrounded by the rolling Andes Mountains.

The adventure ends. We will take you to the airport. 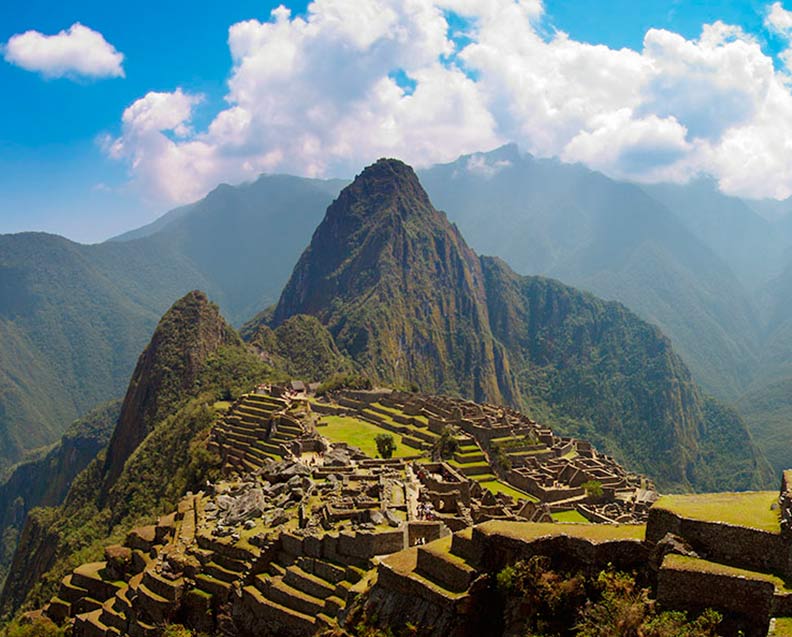