Aqua Expeditions is a tourism company originally created in Peru, and which mainly focuses on the operation of cruises in the Amazon river, nearby the city of Iquitos.

Aqua Expeditions is considered one of the best Amazon cruises experience in Peru, and in order to expand its brand and operations worldwide, the company has recently opened market in the region of Southeast Asia, specifically in the Mekong river, which is located between the countries of Cambodia and Vietnam.

In Peru the company has two main cruises operating full time, along the Amazon river. These watercrafts are customized with a “flat bottom river cruises” design. These cruises are built to navigate the upper side of the Amazon, particularly into a region characterized by seasonal flooded forest, which is only accessible by water.

There are a total of nine countries that share a piece of the lengthy surface, and the flow of the marvelous Amazon river with a total of 6,400 kilometers long.

After Brazil, Peru shares the second biggest part of the river, offering vast spaces for diversity of flora and fauna among species that are iconic such as the pink dolphins, howler monkeys, piranhas fishes, sloths which will make your journey a marvelous experience in the rainforest.

The first cruise was named Aqua, and has a total of 12 cabins with a capacity up to 24 passengers onboard. It was decorated by one of the top interior designers in Peru, showing a contemporary style in all the details. The cruise was launched for operations in 2008 with an unprecedented success. This led to a construction of the second cruise. Aria has a total of 16 cabins, making it a bit bigger than the Aqua, and with a capacity to carry up to 32 guests onboard. Aria set sail in 2011, featuring new amenities like an outdoor river facing Jacuzzi.

Both cruises are divided in three levels, and classified as first deck, second deck, and the observation deck where the sun-beds are located for sun bathing, and chill out. The contribution of top Peruvian chefs is admired by our guests on each and every gourmet meal served aboard the cruise. Among the cabins, all of them have twin beds that are convertible to Californian king size bed, along with huge panoramic picture windows facing at all times the majestic river. 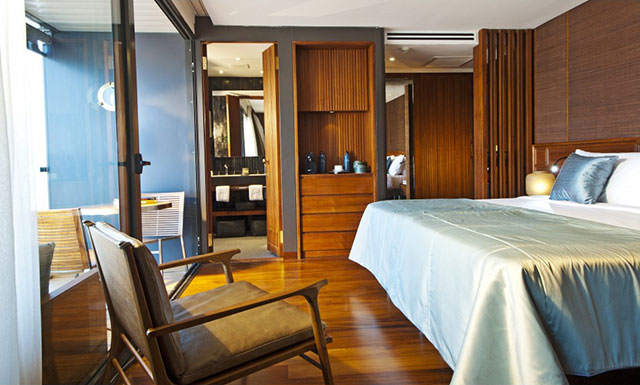 If you are a traveler who searches for adventure on natural environments, then LATIN TRAILS Peru is willing to give you the best advice on how to book your next trip with Aqua Expeditions and set sail along the mysterious Amazon river in Peru. We invite you to travel with Latin Trails.