The Cemetery of Guayaquil- Part 1

The Cemetery of Guayaquil- Part 1

Although the Guayaquil cemetery has been overlooked for many years by locals and international visitors, its hidden historical value represents a variety of stories that came to this city by the end of the 19th and beginning of the 20th century.

There is an urban myth that back in the days that consist on the following, some of the wealthy families wanted to keep a monumental legacy of their deceased relatives like the Egyptians kings. In order to get the highest expression in this matter, the families exclusively hired Italian artists to build the famous mausoleums and tombs that are found along the cemetery nowadays.

Among the architectural styles that can be found along these elegant mausoleums, there are the most classic such as the baroque, greek-roman, and moorish among others which are spread out on the 15 hectares surface in the “white city”, which is another name used by local residents in regards to the cemetery.

Although there are many iconic characters resting in peace in this breathtaking place, many of whom contributed to the business progress and independence of the city and country, the potential that lies in its history and infrastructure, has been slowly developed by local tour operators as one of the main attractions in Guayaquil. 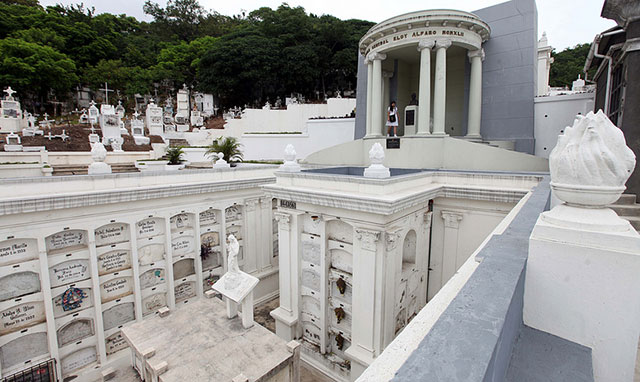 The cemetery has turned into the last home for important families and businessmen from the cocoa trade boom, national heroes who encouraged independence, former Presidents, as well as non-catholic European immigrants that came to Ecuador before and after World War II.

The historical value for this site can be divided into 4 sections where tourists can learn the city’s past and its leading nature for international commercial trade, business development, and its brief foreign immigration flow.

On the second part of these sequences of articles, I would explain each one of these sections, and the most recent attempt on behalf of the city hall to promote the Guayaquil cemetery as a tourist attraction with a new route called the national heroes.

Due to the 194 years of independency of Guayaquil, the city hall and the Beneficiary Board of Guayaquil have proclaimed a new route within the cemetery, as one of the many tourist attractions that this city has to offer to local, and international visitors.

The general cemetery of Guayaquil, which has been considered a national heritage for its purlieus that includes the final resting place of many important figures in Ecuador, along with the presence of impressive mausoleums that are perceived by experts as invaluable piece of arts, has recently opened a touristic route called “La Ruta de los Próceres” or the route of the independence heroes, which covers eight important sites located all over this place. 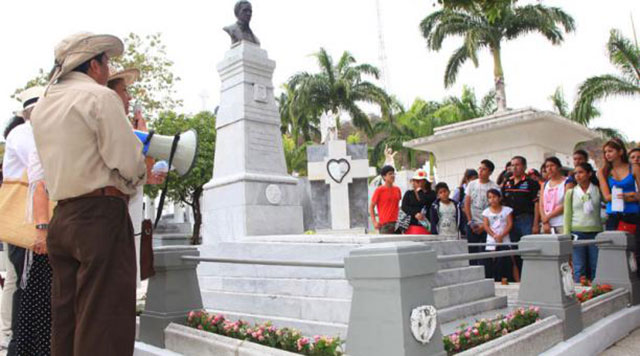 As mentioned before, the cemetery of Guayaquil is considered as one of the best in Ecuador, as well as in South America. This is due to its elegant and marvelous classic architecture styles such as baroque, Greek-roman, and Moorish which are found along the structures decorating the tombs. In order to enhance its legacy, the city hall has been involved so as to let the image of the city to be more known overseas regarding its spots full of culture and historical value.

In the white city, which is another name that some locals used for the cemetery, are found the final resting places of Ecuadorian Presidents, business leaders, and famous local artists like Julio Jaramillo, who was the ambassador of the “Pasillo Ecuatoriano”, which is a music gender that was popular back in the late 50´s.

The tour begins at the entrance #3 of the saint camp, and from there it will last about 90 minutes, walking through the most iconic mausoleums. The first one belongs to Jose Joaquin de Olmedo, who was a prominent intellectual and Mason citizen of Guayaquil. The next sites are followed by other national heroes such as Rafael Maria de La Cruz Ximena, Juan Illingworth, all had an important role in the independence process from Guayaquil.

On a third article, we will explain the immigration flow of Europeans, and how the cemetery opened new sections for non Catholic residents that arrived in this challenging harbor city, which was the main gate entrance for protestants and Jews that found the promise land in this small nation.

We have already mentioned one of the most impressive Guayaquil tours in Ecuador, the impressive mausoleums and exotic architectural designs found around some iconic tombs that belong as the final resting place of famous and important people in not only Guayaquil but also whole Ecuador.

The cemetery of Guayaquil has different spots on its surroundings that deserve to be part of the tourist attractions due to its past involving Jews and Protestants that made, on a less degree, this vibrant harbor city a part of the cosmopolitan tendency. Some of these immigrants came for different reasons at different stages to Ecuador, one of them being the construction of the railroad. Others came for the oil, found in the bay area of Santa Elena, and finally others arrived by escaping the Nazi persecution and economic hardships in Europe.

Guayaquil’s climate, religion, language and food were the main reasons that pulled immigrants to the city. Nevertheless some of them, particularly the Jewish community, discovered different areas, which appealed to them. Hence, leading to a spread throughout the whole country.

The cemetery for foreigners has a total of 188 tombs reflecting the historical interest of foreigners to come into this nation and the unknown multicultural diversity that was available in the Ecuadorian society since its beginning. Among the nationalities we can find; Germans, British, Danishes, Swiss, Greeks, Irish, Russians, Dutch, French, Norwegians, Czechoslovakians, Belgians, Canadians, Hebrews, Colombians and 4 Ecuadorians.

Eventually, some of the descendants of these deceased foreigners became active participants from the Ecuadorian society as political figures, iconic professionals and experts, and outstanding business leaders. The entrepreneurial spirit of these foreigners was kept by the next generations through business conglomerates.

This can be seen on the entrepreneurial legacy such as Mi Comisariato, which belong to the Czarninski family, and Supermaxi, which belong to the Wright family. Both families are from Jewish background immigrants, and have contributed to the economic development of the Ecuadorian society for years. 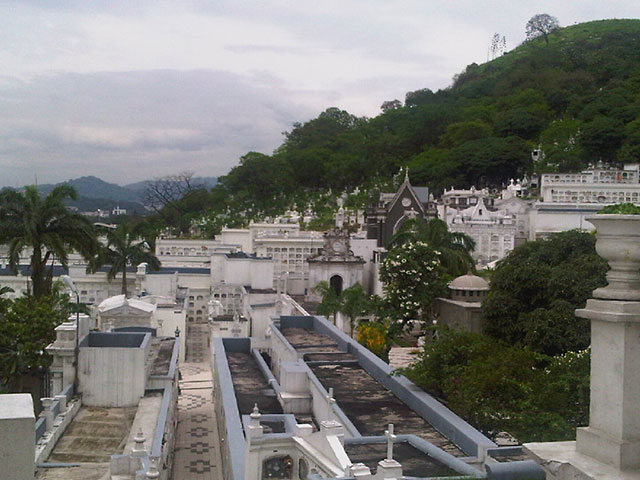 The cultural heritage of the nation

In 2003 the Ecuadorian Ministry of Education the cemetery was named as cultural heritage. Although prior to this nomination, the cemetery was abandoned for about 15 years from 1945 to 1960 when a diversity of nonprofit organizations tried to take care of it. Until 2012, Tourists were able to visit this place as part of a random attraction available in the city but with little demand, as well as little promotion on behalf of the tourism industry. Even though it is now under refurbishment, once it opens its doors again, local tour operators should be encouraged to include and propel the existence of this important place of the city´s historical identity as part of Guayaquil tours here in Guayaquil, Ecuador.