Perhaps part of the reason why this marvelous spot of ancient culture became a world cultural heritage site is due to the propelling of modern communication channels that came after this masterpiece.

An ancestral road of communication established many centuries ago, became the heart of the Incas´ Empire for the trade of goods and information, along the vast south-American continent, which included the territories of 6 countries such as Argentina, Chile, Bolivia, Peru, Ecuador and Colombia.

For the most part the Incas´ empire was a federalist system, which consisted of a centralized government divided in 4 quarters of territories. The corners of these quarters ended at the sacred city of Cuzco, where the residence of the INCA or chief of the empire was located. Most of the territory conquered by the empire was, either through inducted warfares or through peaceful alliances with the local tribes in order to be considered part of the empire structure.

Also, it has been said that the Inca´s trail was considered the first and most efficient postal service in the region through a well organized network that was complemented by relays of an army of messengers located along the villages that conformed this human communication network. Each one of them could easily cover a few thousands kilometers along the network, which in today’s geography would considered the distance between 2 countries of the region. Usually, the logistic would take one day to deliver the information along the vast empire. The messengers in order to resist the long distances, particularly when they were running from the coast to the highlands, usually they had to chew coca leaves, so they could keep the pace along the air pressure of the higher mountains. 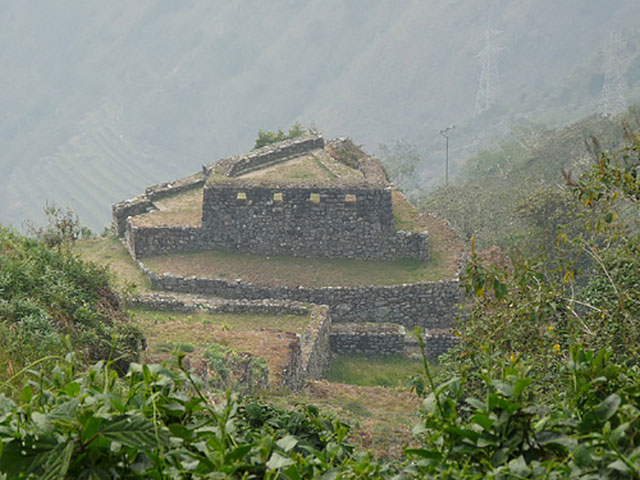 Also, the communication network of the Incas has propelled the development of internal trade among the communities and cities within the empire boundaries, as well as abroad. Part of the success of the structure of the empire was due to the communication, information and trade systems utilized through this advanced network for its time.

The UNESCO, which is the branch of the UNITED NATIONS regarding educational, scientific, and cultural organization affairs, nominates sites that are considered of outstanding universal value, among the criteria used by this institution, the site has to represent a masterpiece of human creative genius.

For the most part the communication systems established within the Inca´s trails can be classified without a doubt as a masterpiece of the human creative genius, as well as the outcome of modern telecommunications devices and international commerce.

As a matter of fact, this site could be perceived as the equivalent of the internet or modern network of global intelligence services, used by countries which are based in the ideology that anywhere is a potential place for business development and free trade in the name of progress. The nomination came in a good time, after decades of being considered just like a tourist spot, where the knowledge and cultural richness are still perceived through its long paths and breathtaking landscapes.