San Cristóbal is the fifth largest island of the Galapagos. It is comprised of four fused volcanoes, all extinct. It is home to many government offices, an Ecuadorian Navy facility, and an airport. There are approximately 5,400 residents, making it home to the second largest human population in Galapagos, after Santa Cruz. The majority of inhabitants make their living in government, tourism, and artisanal fishing.

The port town is home to the Galapagos Academic Institute for the Arts and Sciences (GAIAS) of the Universidad San Francisco de Quito, which as a research centre for local university students to carry out thesis work, and for international students to participate in semester abroad programs. 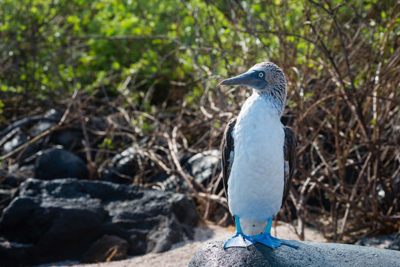 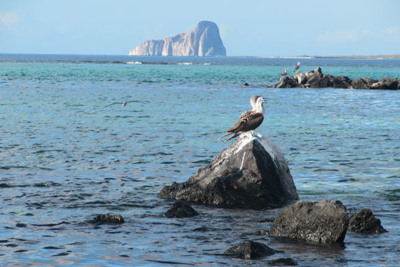 Founded by the colonist General Villamil in the mid-nineteenth century, the town was named after Alfredo Baquerizo Moreno, fro being the first president to visit the islands. The majority of the residents of San Cristóbal live in the port city. Puerto Baquerizo Moreno has also become the focus of the Galapagos’ growing reputation among South Americans as a surfing hotspot. The waves are best at the beginning of the warm-wet season, when the water is warm enough not to need a wetsuit and of these places is Tongo Reef.

The Sea Lion Rookery is a coral sand beach located 10 minutes from the airport. A large number of sea lions rest in the sand and rocks along this coast along with birds such as Yellow Warblers, frigatebirds, and numerous species of finches can be seen.