Guayusa is a sacred leaf that was grown in the jungle by the indigenous Kichwa. It is used in ceremonial rituals. This is a clean, healthy alternative to your daily coffee.

It is early, the sun has not risen by the river. Under an iron cauldron, the fire crackles. The boiling liquid is poured into small bowls, which are filled with coconut halves. Octavio leads his fellows around the hearth, as they wash their faces gently with cups of warm liquid. He breaks the silence of the night and says: “Everything in nature is interrelated …”

The following two hours are a detailed recounting of an Ecuadorian legend that tells of a young woman who, after swimming in dark waters in a magical lake, transforms into an anaconda.

Octavio was chosen by his grandmother to be the keeper of the clan’s stories. He is also the guardian for guayusa (a magical plant that grows deep in the rainforest). Guayusa is a unique, clean, healthy and focused form of caffeine when brewed as tea. It can be used to sustain people throughout the day. It is also a great source of antioxidants.

Guayusa’s power has been a hot topic of recent interest, launching the little green leaf into the global spotlight. Many wonder if this plant will one day be able to compete with coffee. It’s possible, especially since it is already selling like gangbusters via Amazon’s grocery store.

Guayusa has been a common household plant for many years. It was used to get an extra boost of energy early in the morning. “While dried wreaths of guayusa leaf can be purchased at local markets, it has not been properly sold or distributed until recently,” says Dan MacCombie. He is cofounder of Runa LLC. This company is the first to process and export the leaf.

“Guayusa was everywhere, but people didn’t pay much attention until it was commercialized.” Tyler Gage and MacCombie founded Runa LLC in 2009, after they had encountered the tree on previous trips to Amazon. 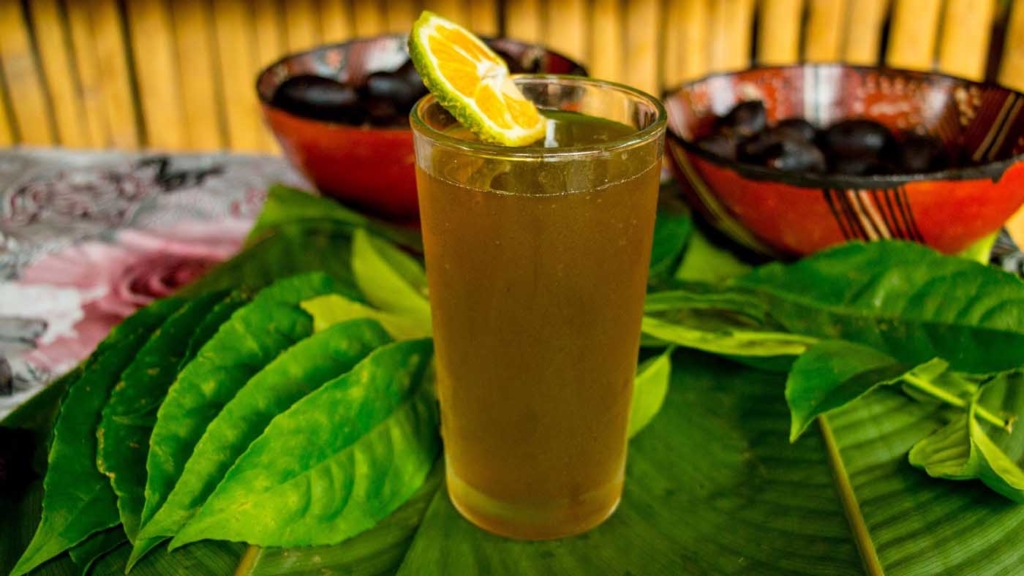 Octavio lives in Sapo Rumi with a hundred of his extended family members. Sapo Rumi is literally “frog rock” according to the local dialect. It’s named for the petroglyphs that were found upstream, which were carved more than 3000 years ago. The village is located along the Rio Negro, a tributary to the great Amazon. It’s here that the Kichwa indigenous people call home, where the western fringes meet the moonscapes in the upper Andes.

Pre-dawn gatherings by the Kichwa are an opportunity for family and friends to review their dreams and tell stories of tribal history, as well as set goals for the next day. The guayusa leaves are boiled in the gurgling center, then they enjoy the tea-like beverage.

Guayusa is their source of power. Octavio steeps the leaves from the precious guayusa tree in a large, dark pot every morning. While he takes slow sips, he passes on the collective wisdom of his ancestors that he has accumulated over many generations. This has been going on for as long as mankind can remember.

Although no one knows where Guayusa originated, there are many theories. Many believe that once-nomadic Kichwa made the journey across South America from present-day Argentina to the eastern regions of Ecuador. Others believe that the Kichwa created a different species of leaf from the sour-tasting, yerba mat to produce a more pleasant flavor when it was steeped in boiling hot water.

Octavio adds, “My ancestors were guayusa”, with a more mystical view of the genesis theory. Kichwa culture holds that the plant rises from the ground over the buried dead. Octavio adds, “My grandfather transformed into guayusa when his time came”

Octavio and others like him have lived their entire lives under the Amazon’s canopy. Guayusa is not only a vital source of energy, but it is the lifeblood for the Kichwa.

More bizarre than its cultural origin and significance is the fact that guayusa cannot actually grow on its feet. Although the jungle plant is strong enough to withstand the harsh conditions of the rainforest, it doesn’t have any seeds that can be scattered about by wind. Humans are unquestionably responsible for the growth of the plant. To grow more Guayusa, one must cut a branch from the tree and then replant the cutting.

Guayusa’s dependence on cultivation is a testament to the agricultural skills of the Kichwa. The Kichwa know how to harness the power of guayusa, regardless of whether it is a result of selective breeding.

Guayusa has the same amount as coffee but also contains theobromine which helps to reduce the effects of overuse. It’s believed to have incredible curative properties. Many of these properties are yet to be discovered.

Guayusa is a completely different product. While other plants such as coffee have been exported in Ecuador’s eastern regions for a long time, it is now illegal to do business with them. Guayusa, unlike coffee, is deeply linked to the Kichwa people,” MacCombie reminds. He and Gage set up Runa Foundation to work in tandem with their newly established commercial enterprise.

MacCombie and Gage recognized the potential for a booming business like acai or quinoa but they also wanted to create a mutually-beneficial system that would protect the future exploitation by the indigenous farmers.

The Runa Foundation became the arbiter for fair trade regulations. Runa LLC is fair trade certified from 2011 and acts as a halo organisation to protect the rights of the new Guayusa growers who now number more than 3000 in Napo’s valleys.

Guayusa is one of few commodities that trades without a middleman. Runa visits its cooperating farmers, pays them directly at $0.35 per pound (more than the price of cacao and coffee), before bringing the leaves back into the factory for drying and processing.

The Runa private facility in Archidona, the only guayusa plant in the world, also sponsors a formalized research program. This program aims to understand how the guayusa trees thrive and ensure that it doesn’t affect the fragile balance of the rainforest. MacCombie says that it takes approximately two to three years for an adult Guayusa tree to grow. “We’re taking the necessary measures to ensure we have enough supply as our demand rises,” he adds.

MacCombie predicts that more than a million pounds worth of leaves will be exported in the current calendar year.

Perhaps next we will be able to all get on board with Octavio’s ideas and start swapping our morning coffee for this miraculous green leaf.

Runa has attracted many celebrity supporters, now the Archidona based Guayusa factory has drawn the attention of Leonardo di Caprio, having acquired shares is now a member of the board and intentds to distribute shares amongst the local indigenous population in the Ecuadorian Amazon. 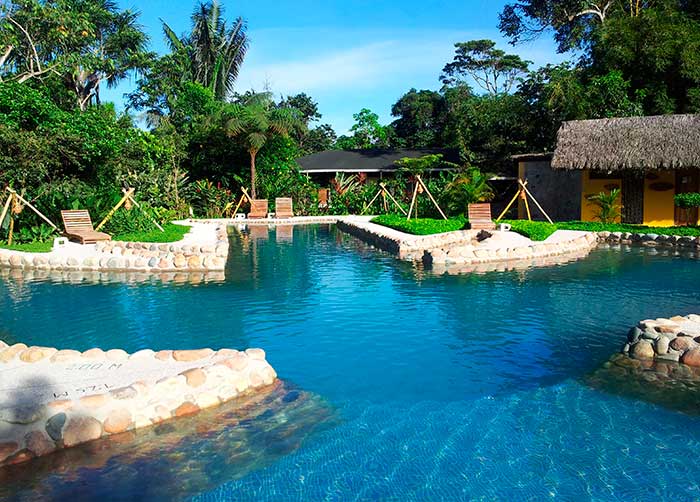