La Ronda is a popular street located in Old town Quito, which main characteristic is based on a cobblestone street surrounded by colonial houses with charming balconies along its path. Within the last years the street has improved its appearance and concept about handling tourism activities. Nowadays, along the street there are many stores and workshops where the visitors can get a brief explanation about the origin and elaboration of the products offered through local handcrafters, who share their expertise.

Altogether, you can find about 23 stores located along this street, each one with a unique style and concept that would catch your attention, according to your needs.

Among the products and amenities found along this ancient street, we can mention the following: artisanal tea made of natural herbs, products elaborated on natural honey such as shampoos, soaps, candles, and other items that are derived from this ingredient. Also there are workshops that specialized in the elaboration of artisanal ice cream based on natural fruits, as well as workshops that are mostly focus on the elaboration of arts such as paintings, ceramic, and pottery.

One of the workshops that is of relevant importance, and one of the natural products that launched the name of the country abroad is the Ecuadorian fine cocoa. On this workshop you will meet one of the owners, a Swiss Italian guy, who explains the different stages of the cocoa grain until it becomes the finest chocolates in the world.

Additionally, there are stores where you can buy traditional souvenirs such as the famous but wrongly named “Panama Hat”, and restaurants where you can enjoy traditional food such as barbecue pork called “Hornado, which is a grilled pork with traditional grains such as mote and potatoes. Also the famous guinea pig called locally “cuy”, which has been on the traditional diet of the indigenous of the Andes, among other dishes found on the highlands of Ecuador. 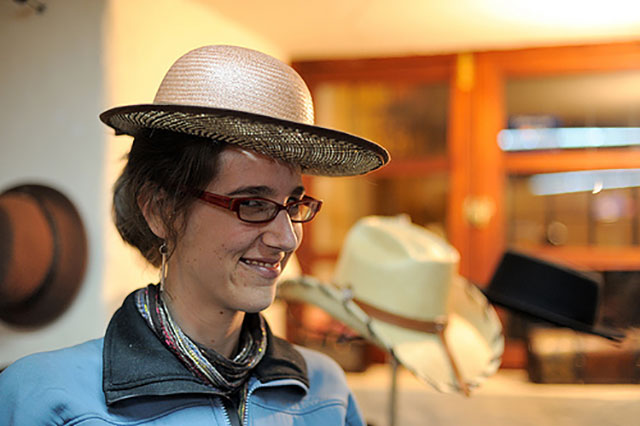 During the daylight, visitors can enjoy along the tour route, the presence of ancient colonial characters that without a doubt, will entertain you. The characters will give the visitors a warm welcome along the shops scheduled to visit on the itinerary in this colonial street. Some of these interesting characters will even invite you to play old lucky games, as part of the service available in this majestic street from Quito.

The most unique and beautiful thing about this city tour on La Ronda street, is that at some point, somehow you are going to have the feeling of being in the colonial times, while walking along this path, surrounded by small balconies decorated with colored flowers. As you have read through this article, La Ronda street is also trying to keep up to the level of outstanding tourism that characterized the world’s most cosmopolitan cities, along with a touch of art, theater, culture, gastronomy, and the fantasy of last century. The tours are available during the day or night, and LATIN TRAILS can arrange a tailor-made tour, allowing you to feel the magic of this unique and colonial place of the Ecuadorian tradition.