Stefanie Yapma and Erik van Sebille, physicists, are creating an app to tell park rangers in the Galapagos Islands about where they can pick up plastic each day as part of their Galapagos Plass Free project. To create a model for the complex ocean currents around the archipelago, the researchers used drifters (or “floating sensors”). This week, the first batch of drifters were launched from a boat. An interactive map allows you to track the location of drifters live.

Stefany Ypma explains that originally, we had planned to travel to the Galapagos Islands last autumn to deploy the drifters. We couldn’t travel to the islands because of the pandemic. It was much more difficult than we imagined to organize for drifters to land in the right places. I spent many weeks sending e mails and calling.

After months of administrative delays, it is finally time to send the drifters out to sea. “This is an important moment for our project. Now we can start collecting data. Although it’s disappointing that we are unable to be there in person, we have Inti Keith, the Charles Darwin Foundation, on-site on the islands. She is making sure that the drifters don’t end up in the ocean. I have a map showing the best locations to release the drifters. It’s then a matter turning the drifter on and tossing it overboard. It’s best to have the drifters in pairs as it is interesting to see where they end up. This is an important component of our model.

You can follow the drifters in real time via an interactive map, created by Samuel Klumpers, a Physics Bachelor’s student. We can remotely configure each drifter to tell it when it should save its GPS location, and when it should send data to the satellite. The map will be more accurate if there are more GPS measurements. However, this also reduces the battery’s life. We want to find a balance. Because drifters are small and light, they don’t need a big battery. Our model will be more successful if they look like real ocean plastic. Each drifter is half a kilo in weight and measures approximately 20 cm across by 5 cm thick. Automatically, the drifters’ GPS coordinates are entered into a machine-learning model that learns about how ocean currents move around the archipelago.

Impact on the environment

Researchers are working to expand the model with additional factors, including the speed and direction of the winds and tides, as data is being collected. 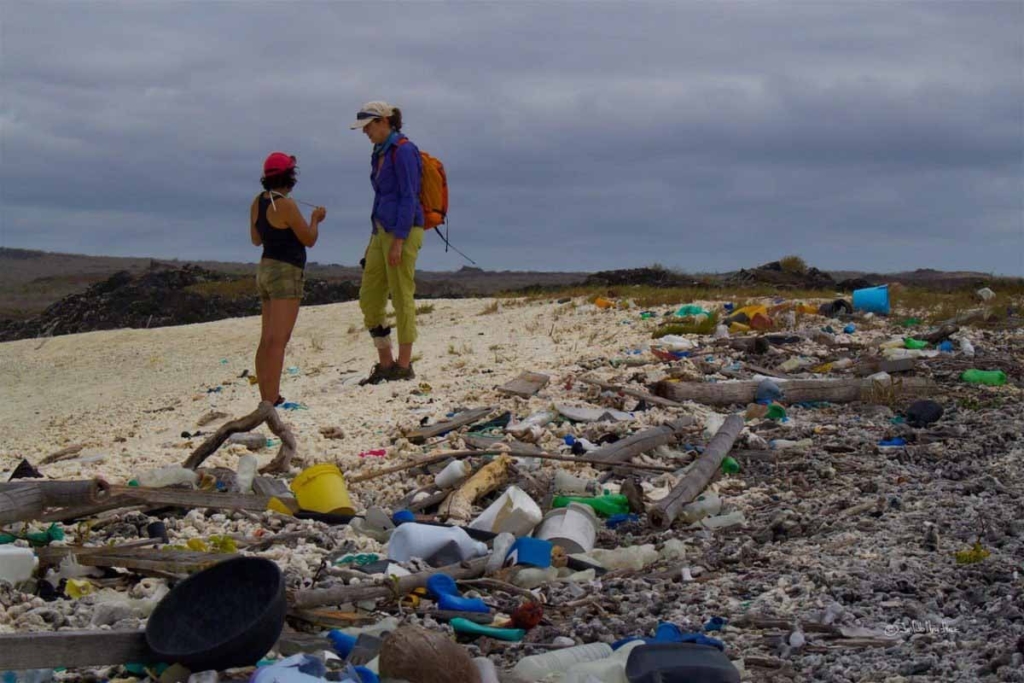 There are many things to consider if we want to offer good advice to park rangers on picking up plastic. As with all aspects of the coast. There are many types of coastlines on the islands, from mangroves and beaches to rugged cliffs. Some are easier to access than others. Plastic has a greater environmental impact in certain areas, so it is more important that plastic be removed quickly. However, there are still other areas where cleanup would be detrimental to the fauna so we don’t want the park rangers to go there as often.

This sounds like a long list of features and functionalities. We approach it in the same way that we approach software development: we start with the basics and then add features as we go. Students can also contribute new features to the model, which we do as a graduation project.

Additional items on the wishlist include more drifters, and research during other seasons. Researchers were able to buy 50 drifters thanks to the Ufonds crowdfunding campaign. We are extremely happy with this. The more drifters we have, the better our model will be. We also know that seasons can have an impact on ocean currents. In order to improve our model, I hope we can release another batch of drifters within a year and half.